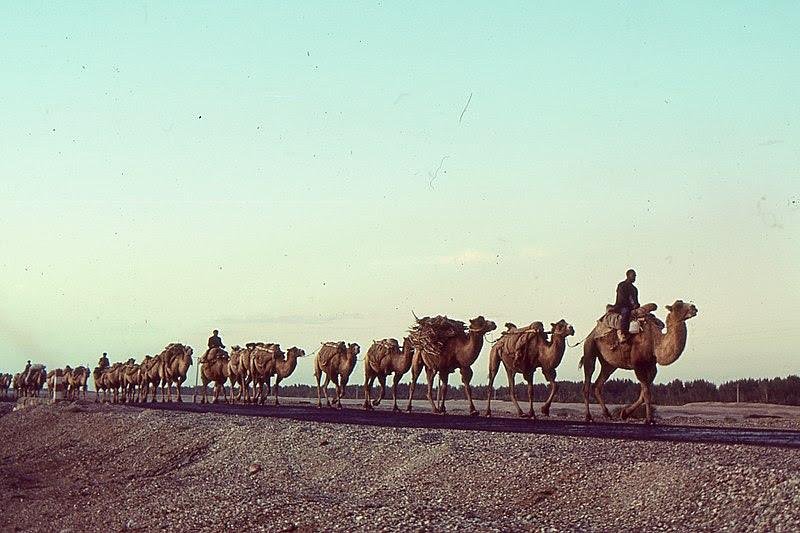 The Silk Road: Myth and Reality.

This is a series of three talks by Dr. June Neilson on Mondays from 10 am to 12 noon. They will explore the complicated geography and history of the Silk Road, to encompass trade carried east to west and west to east, as well as the spread of ideas, culture and scientific knowledge. They will also consider whether the Silk Road was, in fact, a myth.

The Silk Road conjures up a romantic image of laden camels plodding through the deserts and mountains of central Asia. But what was the reality? The Silk Road will be studied in detail to include its geography and history, the products traded and transported from east to west and west to east, and intangible concepts such as the spread of ideas, culture and scientific knowledge. In conclusion, the contemporary viewpoint put forward by some historians that the Silk Road was a myth will be examined.

Lecture One will set the scene, first, by dispelling various common misconceptions concerning the Silk Road and then, examining its geography by means of maps and photographs. Its history will be considered, although it is complicated and difficult to date, especially its origins. Two catalysts were instrumental in galvanising trade, the conquests of Alexander the Great in Central Asia and the rise of the Han dynasty in China. Trade reached an apex in the later first century A.D. then slowly declined.

Lecture Two will be devoted to the actual products transported along the Silk Road to include an in-depth analysis of jade, horses and grapes moving from west to east whilst silk, porcelain and paper left the East travelling westwards.

Lecture Three, will consider the fascinating story of the spread of knowledge along the Silk Road. Disciples of religions such as Buddhism and Islam moved east resulting in the amazing Buddhist caves at Dunhuang and the glorious Islamic mosques and madrassahs as well as cultural influences. Science was not neglected and Al Khwarizmi’s mathematical discoveries in Babylon and Ulugh Beg’s astronomical explorations in Samarkand were carried to the West. In conclusion, some account must be given of the idea by some contemporary historians that the Silk Road was a myth.

Tea and coffee will be served, and all are welcome. There is no need to print out and bring your ticket, as we will have a record of your booking.