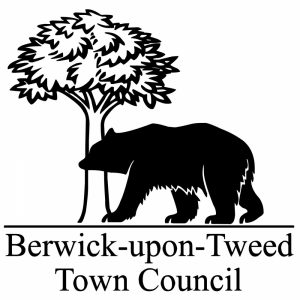 The Berwick New Music International Composition Competition, which was sponsored by Berwick-upon-Tweed Town Council, provided an opportunity for composers, both internationally and from Northumberland and the North East to have their work presented in a concert setting. The competition was for a piece for a single stringed instrument (violin, viola or cello), and there were two prizes, the Open Prize of £1,000, and the Berwick Prize of £500 for the best piece submitted by a composer from the North East.The judging panel, chaired by Mike Worboys, consisted of our three performers, Darragh Morgan (violin), Fiona Winning (viola), and Anton Lukoszevieze (cello).

The competition was publicised internationally and we had a fantastic response, with 94 entries from 19 different countries.
The winners were:
Open Prize: Eden Lonsdale Aurora, for solo cello
Berwick Prize: Elisabet Dijkstra, a limit of hearing, for solo violin.
Each piece was performed as part of one of the concerts, Aurora by Anton Lukoszevieze, and a limit of hearing by Darragh Morgan. The Mayor of Berwick, Mike Greener presented the winners with their prizes. Both winners (and supporters!) attended their concert, and other
composers also attended, including John Casken, James Weeks, Egidija Medeksaite and Graham Kelly.

You will find the terms of the competition here.