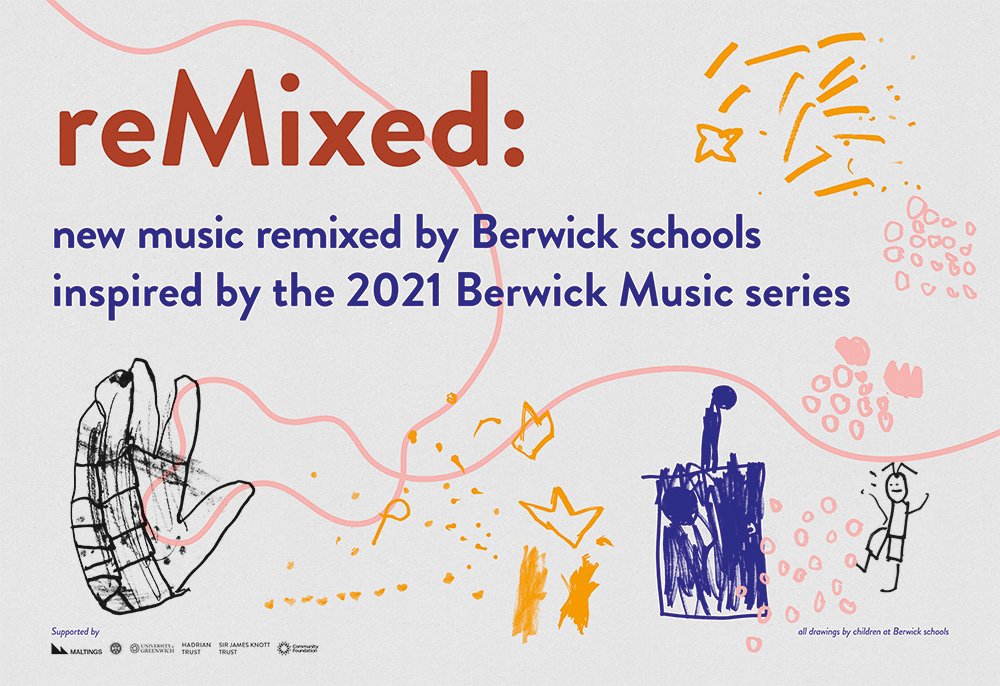 This page contains links to Powerpoint presentations. You will need to log in to your Microsoft account to view them, If you don’t have a Microsoft account, you can register for one by following the links.

reMixed involved children from seven Berwick schools in a project to create new music by remixing existing music, found sounds and their own music. The output of the project was then replayed in an exhibition at the Gymnasium Gallery, where we displayed a suite of wall panels to explain remixing, created by Anna Chapman and Martin Parker.

Sam Lord and Andrew Brook worked with the First schools. They took a piece by Matt Simon called Two thousand One hundred Ninety-seven, and added their own sounds and a light show. You can view a Powerpoint of Martin Parker, Sam Lord and Alisha Pearson describing what happened here. Altogether, the children composed twenty-seven different pieces and you can also hear and see some of the pieces created by

Martin Parker worked with Berwick Middle School, Tweedmouth Middle School and Berwick Academy. They took a piece called Allanton Air by Michael Worboys, and you can view a Powerpoint with a selection of the pieces and with Martin and Gillian Osborne describing what happened here. (Some of these files are quite large, so they may take a few minutes to load.)