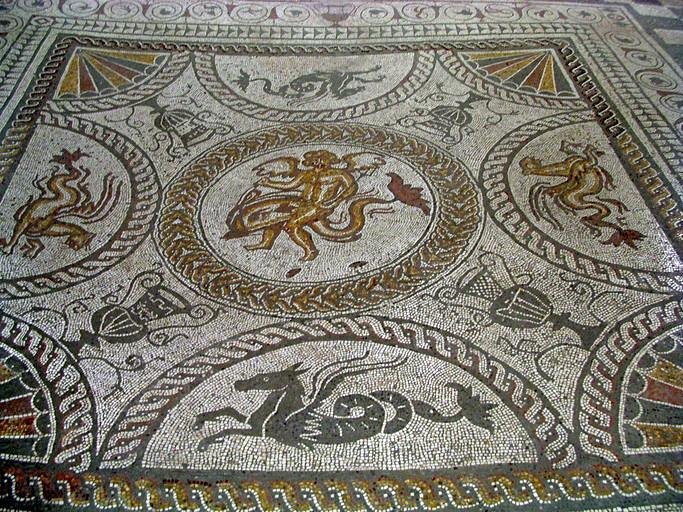 A three-lecture course covering the history of the Romans in Britain, with particular reference to Northern England and Scotland.

This is a series of three lectures by Anne Everest. Each lecture will last ninety minutes, including a ten-minute break. Sessions are expected to be fairly informal with plenty of time for questions and discussion.

The course will give a broad introduction to the history of the Romans in Britain from the arrival of Julius Caesar to the building of Hadrian’s Wall, and part of it will look specifically at the impact of Romanisation on northern Britain. We will examine primary sources in translation and some epigraphical and archaeological evidence but no prior knowledge of the subject is required.

Participants will need a copy of ‘Roman Britain: A Sourcebook’ by Stanley Ireland. Second hand copies are readily available from online booksellers.

Week One will look at the invasions of Britain by the Romans, starting with Julius Caesar’s account of his own activities in southern Britain (55 and 54 BCE). We shall consider the historical and political context for his exploits and the more successful first century invasion instigated by the emperor Claudius, and examine the different responses of British leaders, including those of Boudica and Cogidubnus.

Week Two will look at the Romans’ further annexation of Britain, particularly under the leadership of Agricola. Focusing on extracts from the work of Tacitus, we shall consider how successful the Romans were in their attempts to annexe northern Britain, including what is now Scotland, and why the decision was made to build a wall in the second century, under the emperor Hadrian.

Week Three will look at the success of Romanisation in southern Britain and consider why the north remained largely under military rule. We will also look at some social issues (like life expectancy and the status of women), aspects of culture (like religion, architecture and art) and the means by which the Romans kept (limited) control in this remote area of the Roman world. We shall be using a range of literary, epigraphic and archaeological sources.