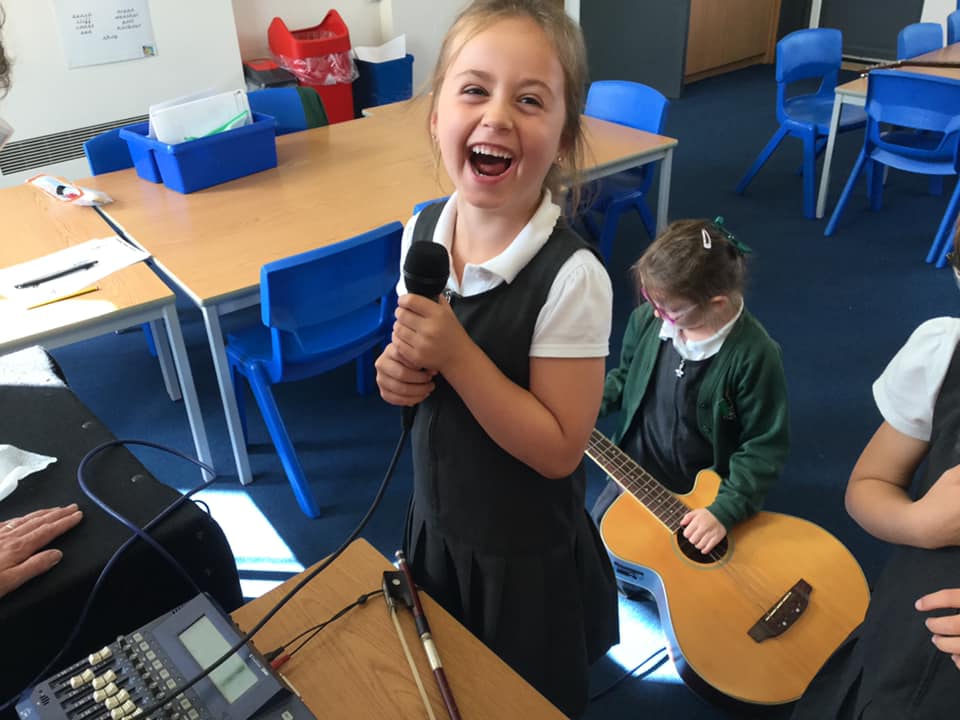 Strings ‘n’ Things was an educational project which formed part of the Berwick Music Series 2022.

The purpose of the project was to excite and enthuse schoolchildren about music. It involved 340 schoolchildren over eleven schools in Berwick and included children of all ages. We did a full day at each of the First and Junior schools, and three one-hour sessions at each of the five Middle and Upper Schools. We received fantastic co-operation from the Berwick schools, and a great response from the children.

For the First and Junior schools, the project focussed on the violin: the history of the violin, the science behind the sound of the violin, composing for the violin. One of the sessions with these children involved the celebrated violinist Darragh Morgan, who was performing at one of our concerts. Each class composed a short piece and Darragh performed some of these pieces for the schoolchildren, and had a Q&A as well  Darragh is a great communicator, as well as a great musician, and the kids really enjoyed the session. We believe that this type of interaction can inspire children by giving them a potential role model. You can listen to Darragh and the kids here.

We ran the programme for the Middle and High Schools in conjunction with the Reid School of Music at Edinburgh University. We experimented with making stringed instruments and learning how the length, gauge and tension of a string, and different playing techniques contribute to different sounds.

In addition to the in-school sessions, we hosted sessions at St. Mary’s First School (special thanks to Head Teacher, Gary Hilton), where all the schools came along to hear their own compositions and also to see an installation of Alvin Lucier’s Music on a Long Thin Wire. This had been set up using equipment borrowed from the Reid School of Music (special thanks to Roderick Buchanan-Dunlop), and Graham Kelly explained the workings of this amazing installation to the (mostly!) enthralled children (see photos).

You can see photos from the project, read feedback from the schools, and listen to some of the compositions.